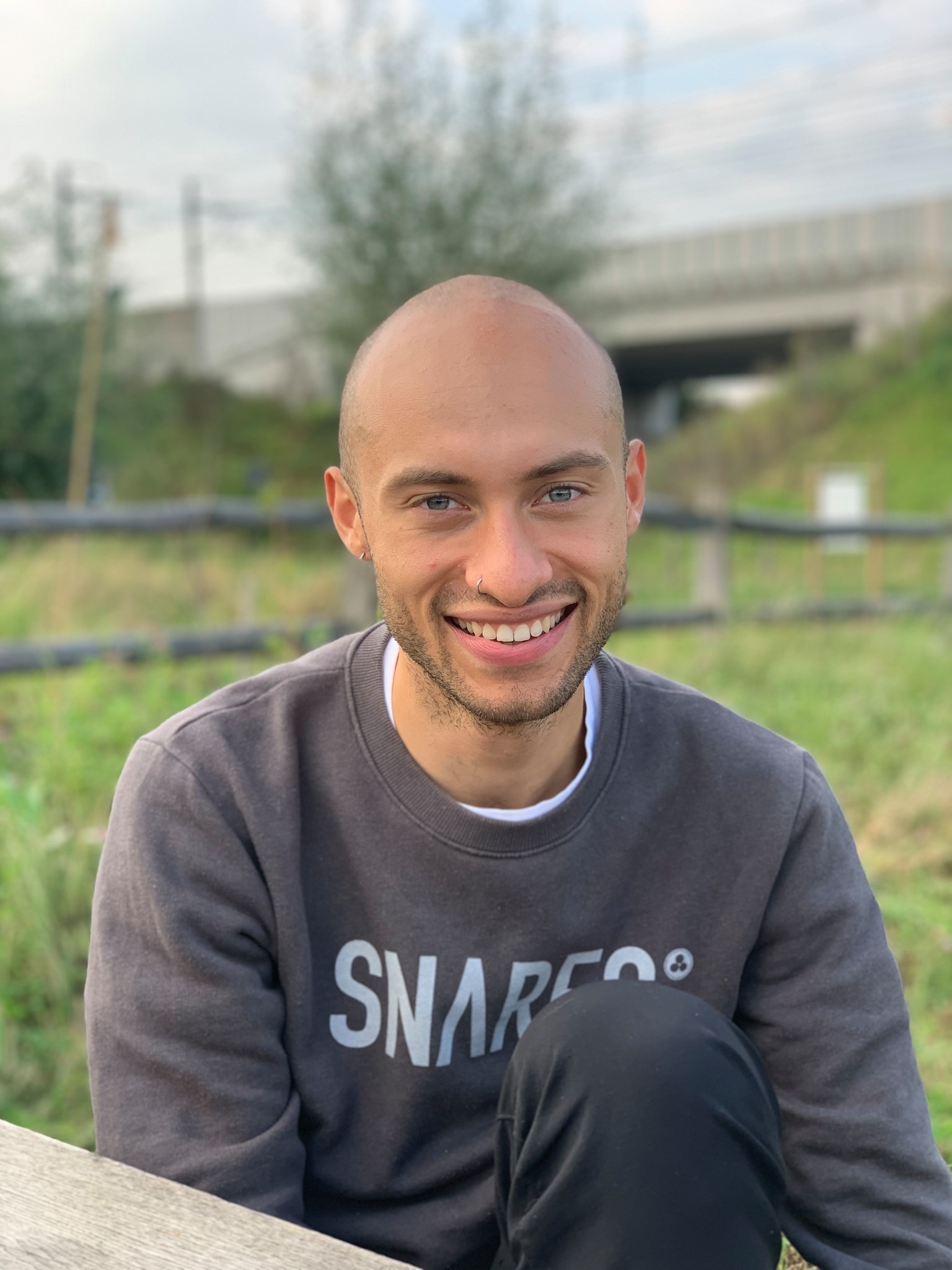 Florian Giroul (born 1997) was raised in Dilbeek, a town near Brussels, by a Dutch speaking Congolese mother and a French speaking Belgian father. He attended Multimedia & Communication Technologies studies at the Erasmus University College Brussels, where he graduated with a Bachelor's degree in Art & Technology (2017). The studies were completed with a Motion Design Internship at Emakina Belgium, which soon led to his first work experience at J. Walter Thompson's Brussels based production house The Hive: The Golden Agency.

Although his position at The Hive being a (sometimes too) pleasant and comfortable job, when Florian was asked by his former teacher and now mentor Pieter Steyaert to join his newly founded VJ collective together with Aitor Biedma (Blub VJ) and Joni De Borger, he didn't hesitate for a second. After collaborating for about half a year under the Studio Antoinette collective, Florian went on to freelance on his own in both fields of Motion Design and VJing. This meant most of his clients, although not all, were serving in either the advertising or entertainment industry.

This went on until when in 2018 Florian was offered a job at his previous school to design and teach all of the Interactive Motion courses (Motion Graphics, Live Visuals & Motion Capture, and Generative Motion). He lectured until 2020, when he decided to focus more on freelancing again. This was of course badly timed, since the pandemic meant clients in advertising became less confident in outsourcing work to freelancers, and the entertainment (event) industry just collapsed altogether. Florian had to take on a part time job as a bike courier for about 6 months.

That's when in 2021 he decided to attend a preparatory program to the Masters in Animation at LUCA School of Arts Brussels to further develop his craft. Florian brings all of his experiences prior to that with him to classes, which means he now focuses more on real-time, mostly generative, visuals. His area of interest lies both in our current rave culture, and the future of computer-human relationships.